In addition to the professional recognition it entails -only 10% of the members have achieved this level-, Escanaverino will be able to, among other things, qualify for executive positions of the institution, recommend candidates, and participate in the selection of future senior members.

Founded in 1963, IEEE, the Institute of Electrical and Electronic Engineers, is the world’s largest technical professional organization and is made up of more than 420,000 active members including engineers, scientists, technologists, and students in more than 160 countries dedicating themselves to advancing technology through publications, conferences, creating technological standards, and professional and educational activities.

During his professional career, Escanaverino has mixed his teaching activity with the practical work of engineering for institutions and companies public and private. Specializing in systems engineering, his contributions have proven to have a momentous impact on universities, project centers and plants in Cuba -his home country-, Venezuela, Brazil, the Netherlands, Germany, Switzerland, Mexico, and the United States. In the Institutional field, he was a full member of the Cuban Academy of Sciences (ACC) during 1996-2011 and the coordinator of its Engineering Sciences Section during 2003-2008. On behalf of the ACC, he was a member of the Scientific Education Committee of the Inter – American Network of Academies of Sciences (IANAS) during 2005-2008 and is currently a Member of the AGMA Technical Committee.

Since joining ABS, Atlantic Bearing Services as Chief Scientific Officer at the end of 2014, he has participated in more than 400 engineering projects proving to be one of the company’s most important and celebrated intellectual assets.

The entire ABS community is more than satisfied and proud of this professional distinction. ABS sincerely congratulates this personal success as well as the strength and excellence of our Scientific Department, key to growing our technical recognition and service credibility in all sectors and countries in which ABS is present. 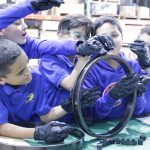 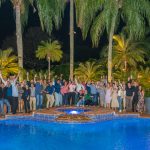 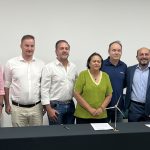 ABS Wind Brasil, invited to the signing of the Memorandum of Understanding between the Government of the State of RN Brasil and Vestas 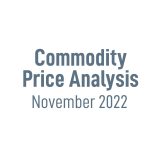